The universe is becoming extremely crowded. Space is congested with aging satellites, abandoned spacecraft, and other junk. As a result of the growing amount of space junk, new satellites will have a difficult time finding a place to launch. According to NASA’s estimates, there are about 100 million bits of human-made space trash in orbit. Only 21,000 or so of these objects are large enough to be monitored by space surveillance equipment.

Even the smallest pieces of space trash can carry a punch, putting present and future space missions at risk. Space debris, particularly in low Earth orbit (LEO), poses an increasing danger to all spaceflight operations, and the European Space Agency is already leading the way in developing an environmentally benign approach to space activities.

On the ground, this includes using eco-friendly products, methods, and technologies. However, in outer space, it refers to keeping Earth’s orbital environment clear of junk as a haven. Here are a few ideas for getting rid of the trash in space that has been floated around.

Make use of a Massive Net

JAXA, Japan’s space agency, is experimenting with massive magnetic nets that were created in collaboration with a fishing net company. JAXA intends to have the first space nets in operation by the year 2019. The European Space Agency is developing its model, with a launch date of 2021. Using space nets to collect asteroids and other huge space objects is becoming popular, thanks to NASA’s Innovative Advanced Concepts program, which provided funding for a study on the WRANGLER net.

Clean Space One is a Swiss Space Center and École Polytechnique Fédérale de Lausanne test satellite designed to deorbit dead satellites by identifying, gathering, and launching trash into the atmosphere, where it will burn up under the severe pressure and friction of reentry. According to current plans, it will be launched into low Earth orbit by an unmanned space aircraft. The first two targets will be two of the agency’s small Cubesat-style satellites.

You can tow it, net it, or grab it, but you can also net it or grab it and then net it. Lockheed Martin has been putting about the notion of utilizing a space tug to retrieve destroyed satellites since the dawn of the space race in the 1950s. Recently, NASA revealed the CRS-2, a projected space tug that, resupplying the International Space Station (ISS), could refurbish satellites, de-orbit nonfunctional spacecraft, and transport broken satellites to a space station or vessel for repair, safe cargo return to Earth, or otherwise.

Use a Laser to End the Threat

One of the more popular ideas for dealing with the space trash issue entails the use of lasers to pull down items from the air. Lasers have the potential to reduce the frequency and cost of launching new technology into orbit for cleanup. Instead, aiming a laser pulse at a piece of space debris could cause enough of a disruption in its orbit to cause it to fall back to Earth. However, depending on whose trash is taken out, shooting things from the ground could lead to some frightful claims of assault.

Grab On and Hold Tight

The U.S. space program takes inspiration from nature’s creatures. Consider the Gecko Grippers from NASA JPL, which were put to the test on a “Vomit Comet” microgravity test plane. Using minuscule “hairs,” the grippers can hold a solid grip on an orbiting item, similar to the sticky toes of a gecko. The “stickiness” of the hairs is determined by their direction, and they also make it simple to un grip.

Using recycled parts, Andy Griffith plays a scrappy salesman in the season premiere of the television show “Salvage,” in which he builds a lunar rocket to steal millions-of-dollar items from an Apollo landing site. The show’s thesis may have been absurd, but DARPA has a less absurd idea: deploy a robotic handyman to salvage old satellites in orbit for usable parts to make new ones. Satellites still in orbit might be upgraded, and other components could be returned to Earth.

Finance and cooperation on an international scale are much more important problems to consider. These so-called “trash collection” expeditions cost money. International diplomacy may be difficult, and convincing countries like Russia that an old military satellite needs to be de-orbited by a technological business is particularly difficult.

Fawad Malik is no newcomer to the Digital Marketing sphere. He is the founder and CEO of a renowned Digital Marketing agency WebTechSolution.org. As a Digital Marketing expert, he inspires entrepreneurs and marketers to create marketing strategies that get real-world results. He also provides reliable SEO services to help brands and companies surge their search engine rankings to double up revenues.

Apple iPad Mini 6 Review- The Most Latest One

How Electric Cars Have a Huge Impact on...

How Biometric is Important for Healthcare Industries? 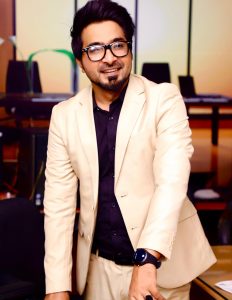